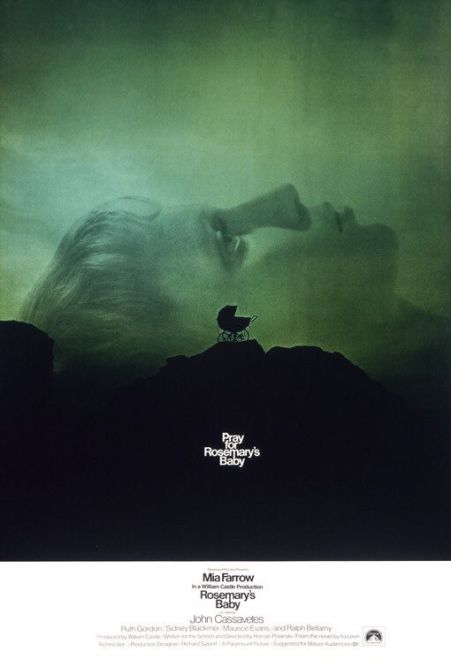 When you watch old Horror films it is so easy to feel underwhelmed. What may have been scary for an audience in the 60s is now so far removed or normalised for a modern audience, all the actual scares will often just leave you cold to the effect that is talked about at length. Think of the scenes of Linda Blair in The Exorcist (1973, Dir. William Friedkin) and their (at the time) horrifying depictions of possession. All the head-spinning and vomiting may have been shocking to a naïve 70s audience, but in this age of realer than real CGI and more informed directorial shock tactics they can feel almost laughable to fresh viewers.

Whilst I do still feel there are scares to be found in the film and others like it, Psycho (1960, Dir. Alfred Hitchcock), being another prime example) the disconnect with the hysterical shocks remain an unfortunately unshakable barrier for me to actually recommend The Exorcist as a shockingly scary film any more (at least to a younger audience). This is not to say of course that all older Horror films lack impact and with Rosemary’s Baby (1968, Dir. Roman Polanski) we can see that through effective direction and mood that perhaps chills rather than shocks are the more lasting effect of some of these Horror classics.

The story focuses on Rosemary (Mia Farrow) and Guy (John Cassavetes), a young couple who move into a huge old townhouse flat and are greeted by a series of strange encounters. Firstly Rosemary meets a young woman who’s being rehabilitated from a junk habit by Rosemary’s new neighbours, the eccentric Castavets. Shortly after meeting the woman she kills herself, this is of course a surprise to Rosemary and yet they strike up a friendship with the elderly Castavets and things only get weirder for her from there.

To explain this plot further would for me be a disservice to the film as so much of the joy of Rosemary’s Baby is to be found in its hesitancy to reveal what is true and what is not. This is a total mood piece by Roman Polanski, as the story progresses both Mia Farrow’s Rosemary and John Cassavetes’ Guy play their parts with extreme conviction, Farrow in particular lending Rosemary a particular innocence which only serves to add to the mood of the piece even further. It is partially this innocence in Farrow but also the brooding detachment shown by Cassavetes that seem to mesh into this strange psychological chess game between the characters, however the game is often being convincingly won by the male characters in the story. These performances and the narrative arc of the film as a whole really do give off a very strange feeling for the viewer, whilst these two are meant to be in love, this strips away and although they do have sex in the film you cannot help but feel that already there is a sexless nature to the relationship as a whole. And yet Polanski often uses the men in the film to exert a particular dominance over Rosemary in a very creepy and unsettling way. The sexless nature of their relationship as the film progresses has the audience looking at the men in the story as bad guys even if they are seemingly innocent.

It is clear then from this that Polanski is far from aiming for a straightforward Horror film and as I mentioned before seems to be aiming for mood and chills rather than the grandstanding moments so often associated with the genre. Polanski is questioning relationships and friendships, continually asking the audience to distrust almost every interaction a person has with Rosemary. It is this disturbing psychological game that Polanski brings to the film that really makes this film stand so proudly in the horror cannon, the sense that just under the surface there’s a whole world of weirdness waiting for our heroine, if only she knew how to find out exactly what was happening to her and those around her.

The other main character that Polanski uses to create this suffocating mood is from the setting of the apartment itself. We see early on the couple refurbishing the space, from an old woman’s decrepit forgotten home to a modern light space. The lighting remains bright and flat in the apartment for much of the film and yet we rarely go outside, as Rosemary stays in the flat the tension rises and the camera slowly creeps in towards her. When the couple are in their housewarming stages the camera is often further back showing more of the flat but as their relationship diminishes in the story and Rosemary’s own journey takes over the camera will often just show Farrow grappling with her demons and her situation. The close-ups of Rosemary near the climax of the film even start to become unhinged with the director using a handheld style to both reflect the characters psyche but also just to bring this coiled spring of a film to an almost unbearable breaking point.

As you can probably tell I’m fairly in love with this film and if you haven’t had the time to see this or even better if you don’t know anything about it I really do recommend this as an alternative actually scary old horror film. A brilliant example of tell don’t show genre filmmaking with a compelling and creepy narrative and an iconic ending scene which gives me chills just writing this.