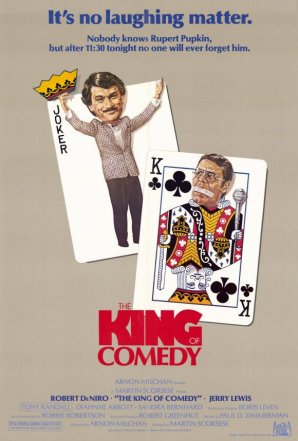 Everyone knows Scorcese and think they have a grasp on what he is about, however for such a well-regarded and widely known filmmaker he still has some hidden gems. The King of Comedy is definitely one of these and should not be overlooked. The film came to our screens just after Scorsese had directed his second true masterpiece Raging Bull and is shot through with the same level of cynicism and contempt for its main character as he showed in his other masterwork Taxi Driver (1976).

Rupert Pupkin is an autograph hunter when we first meet him, joining the throngs of fans waiting to meet a Johnny Carson style talk show host. However, Pupkin has other plans, he wishes to be a comedian guest on his show more than anything and this film tracks the lengths he will go to, to get onto the show at almost any cost. Pupkin is played by prime era Robert de Niro in a truly rabid performance. The levels of desperation and pure cringe inducing hunger for fame that De Niro gives the character at times are as hard to watch as even the most violent of Scorsese moments. He follows and pry’s his way into Jerry Langford, the talk show host’s life in such a relentless fashion that at points it’s hard to watch the screen for the lack of foresight shown. This is a man who will play talk show in his basement with cut-outs of Jerry Lewis’ Langford and Liza Minelli, believing that all he needs is one appearance to become a national star who will suddenly be a household name who everyone will know and love.

In a sense this is one of Scorsese’s saddest films purely because it is so centred around such a deeply troubled and desperate man. We are never really given room to breathe because De Niro is always there, always clawing at the man he believes will give him his big break. Jerry Lewis is also not the most sympathetic of characters, a man hounded by everyone of whom he meets, a household name and yet a snob at heart not able to live any kind of normal life. He is not shown to be a funny guy, his show is never shown and so what we’re left with is what Pupkin see’s, an unhappy man who has got to the upper echelons of American entertainment and is not any better for it.

I fear that by saying how rough this film can be I’m making it seem like a slog, however this is Scorsese we are talking about. The film is funny, at points in a ‘The Office’ style cringe inducing way but at other points just through the sheer charisma of the performers on-screen. De Niro is shown to be a truly incredible actor once again in a role obviously tailor-made for him, he injects human pathos and some level of sympathy into what could appear as just a completely unlikable slightly psychopathic man. He is also flanked by Sandra Bernhard’s Masha, a similarly fame hungry groupie of Jerry Langford whose similar levels of desperation similarly lends her character a humanity, just through the way she seems completely unaware of how unacceptable her actions are.

Scorsese at this point truly is at the peak of his powers and this film should really be as widely seen as any of his best. This is at its heart a satire of celebrity and what the promise of fame can do to people, and yet he is able to bring so much more into it. From the nouvelle vague way the street scenes are filmed to the unflinching look at Pupkin as he waits and waits and waits to see Jerry Langford, Scorsese shows himself as one of the true greats of American cinema. Don’t let this be an oversight in your watchlist, this is essential viewing. 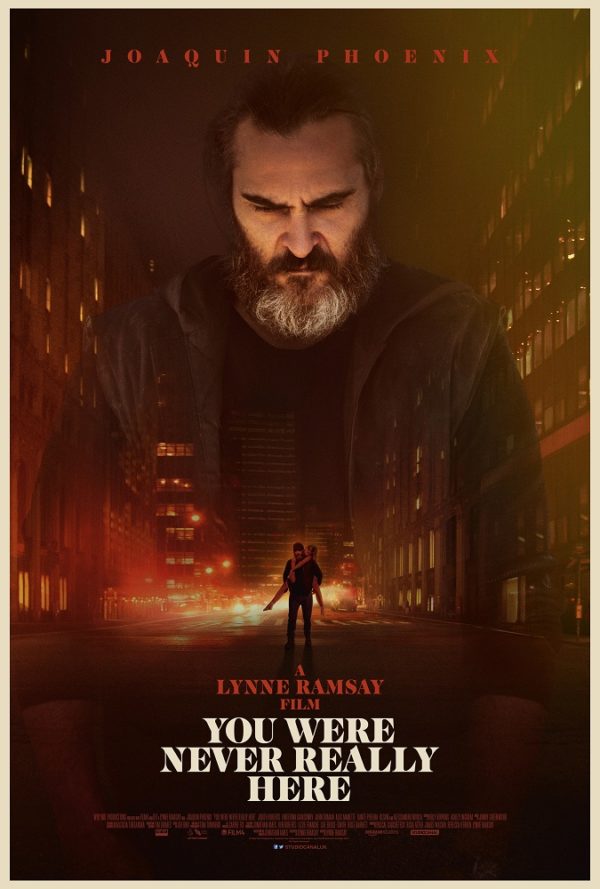 Sometimes you watch a film which reminds you just how plot obsessed we have become in our media landscape. The quest for weightier and more complex narrative continues to drive modern popular cinema, perhaps in a response to the complexities of the great stories being told on our TV screens. However in film sometimes you don’t need a lot of narrative shifts in order to leave a great impression. You Were Never Really Here (2018, Dir. Lynne Ramsay) is an exercise in taut and abrasive storytelling with hardly any meat on the bones to pick on.

We have a hitman hired to seek revenge on child pornographers or paedophiles in general and suddenly n one job things take a turn for the worse. This is essentially the entire narrative of the film, however within this Ramsey challenges the audience and uses every trick in her arsenal to make this short brutal film as effective as possible. Joe is our main character, played by the ever brilliant Joaquin Phoenix, a recent veteran with a gift for reeking bloody justice on the darkest and most depraved of society. His vigilante justice shares more than a little with Travis Bickle from Taxi Driver. He may be less talkative and perhaps a more endearing a psychopath than Bickle but it is clear that the two share a psycho cinema bloodline. Much like Bickle we feel the nihilism of the main character and his lack of care or sympathy for the dregs of society. Ramsey herself pulls our attention to the comparison between the two nutjobs, we have scenes of Joe walking in the exact same way as the swaggering Bickle. We also have parallels with the political figures of taxi driver, however they are much less sympathetically seen in Lynne Ramsey’s eyes, becoming embroiled deeper and deeper into Joe’s perverse alternative society. Scorsese is clearly the main influence here and it is writ very large for those who are familiar with the 70s masterpiece, however this is still its own film and in essence is more a reworking of the story for a modern age.

As may be apparent this is not exactly a fun watch and at points it can be teeth clenchingly nasty and brutal. Ramsey does not use this subject however to really leer at the violence of the story and instead often chooses to find some kind of prism to view the hyper-violence of Joe through. Be it in a mirror or through the lens of a CCTV camera the audience is often one step removed from whatever horrific thing is happening at the hands of Joe. It is as if Ramsey is reluctant herself to show these actions in stark HD and would rather the audience itself was able to step back and just observe him, like a caged animal ripping apart its lunch.

The film as a whole is more a character study than a video nasty and often spends a lot of time not progressing, Ramsey would rather give Joe the space to think and contemplate what he is doing in his life and in turn let us sit with him and contemplate our own reactions to him as a person. Instead of just powering ahead and letting the audience gawk at the horror of Joe we instead get to see him as a human being, we see him with his mother and the care he brings to her. We hear him be funny with her and also see the violence in his own past which has led to his own insensitivity to violence and his line of work. The film asks us to consider Joe as a real person much more than is often comfortable and as the film moves into its final act you do start to care about him much more than you may expect to. He is a man removed from the world around him, the film pays attention to him but also the spaces he leaves behind and will linger and shift its eye from him to those around him. We see the normality of the society that surrounds him and yet we know that we are not here to really look at that and as Joe spirals out the film starts to become more and more insular, we zone in whilst Joe zones out.

Ramsey here has created a razor-sharp, taut and Brutal meditation on the human psyche at its limits, and the confidence and strength of Phoenix’s performance pummelled me into submission to its savage viewpoint. If I see another film this year that is this tightly constructed and gut punching I will be very impressed.